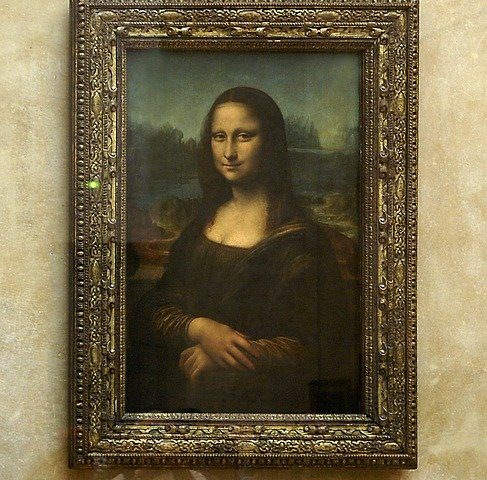 In this article, Louvre the collections, I will describe both the origins of the collections that make up the museum, and the most relevant elements of this heritage.

The main origins of the collections are:

Collections of the French kings, which begin in the fourteenth century, acquire relevance starting from Francisco I, who kept Leonardo da Vinci under his protection during his last years. Outstanding monarch of the French Renaissance, enhanced the growth of arts and letters.

Francis I monarch of the French Renaissance, enhanced the arts and letters

The French revolution meant that the royal collections, those of the church and the fled noblemen, became the property of the State.

After the signing of the Concordat in 1801, the French state returned works of art to the church.

The Napoleonic wars, brought to France a large number of works of art, requisitioned in the invaded territories. Many of the pieces were returned after the fall of the Napoleonic Empire, but some remain in the Louvre.

Donations and acquisitions, during the nineteenth and twentieth centuries, the collections increased as a result of private donations and a procurement policy, mainly intended to complete the French painting collection.

During the 19th and 20th centuries the collections grew with private donations.

Among donors, the most important association is the Société des Ams du Louvre (Association of Friends of the Louvre), created a hundred years ago, has been responsible for the acquisition of a considerable number of works, most of them of exceptional value.

An example of the donation is the one of Baron Edmond de Rothschild including 40,000 prints and 3,000 drawings.

The Louvre collections cover until 1848. The works of the second half of the 19th century, related to realism, impressionism and that belonging to Lautrec , were transferred to the Orsay Museum.

Modern and contemporary art on the other hand became part of the Pompidou Center.

As the website of the museum describes, the painting department reflects the encyclopedic approach of the Louvre, covering all European schools. from the thirteenth century to the first half of the nineteenth.

The department consists of 12 curators.

The most famous painting of the Louvre Museum is without any doubt the Gioconda, also called Mona Lisa, by Leonardo da Vinci.

It is also worth noting the relevance of the collection of 24 paintings commissioned by Rubens by María de Médicis widow of Henry IV, which describe her life. They are located in the Richelieu wing of the museum.

Other essential works according to experts and that should be contemplated during a visit to the Louvre are the Virgin of Chancellor Rolín of Jan van Eyck and the Lacemaker of Vermeer.

Also noteworthy is the painting on the Coronation of Napoleon de Jaques-Louis David or Liberty leading the People of Delacroix.

Another outstanding canvas is the Raft of the Medusa de Géricault, a work of French Romanticism, descriptive of the wreck of the Méduse frigate, on the coast of Mauritania.

The list of great universal painters is very extensive

The list of great universal painters is very extensive, among which, Caravaggio, Titian, Rembrandt and Spanish artists such as Zurbarán, Murillo, Ribera or Goya.

The sculpture ranges from ancient civilizations to neoclassicism.

Winged Human-headed Bulls of Mesopotamia, the Venus de Milo, the Victory of Samothrace and a fragment of the Parthenon frieze, are some examples of the universal relevance of the sculptural collection.

Egyptian Antiquities This area ranges from prehistory (4,000 BC) to the Christian period (6th century BC).

Art is only part of the collection. It is also formed by stone inscriptions, papyrus, objects of daily use and religious.

During the great reform of 1997 the collection was distributed on two floors, as the museum’s website tells.

The pieces related to the Egyptian Civilization remain on the ground floor, since the large volume of some of them required it. It includes the temple stay and the sarcophagus room.

On the first floor a chronological distribution has been made, covering the different periods of the evolution of Egyptian art.

It covers a period that goes from the Neolithic (IV BC) to the 6th century AD. C..

This collection began with the royal collections.

In 1807 500 marble sculptures were acquired from the Borghese collection, which were returned to Italy in 1815.

Venus de Milo became part of the Louvre’s heritage in 1821.

The collection consists of marble sculptures and archaeological objects

The collection consists mainly of marble sculptures and archaeological objects.

The museum acquired numerous objects during the second half of the nineteenth century from archaeological excavations of North Africa and the Ottoman Empire.

Victory of Samothrace was discovered and acquired in 1863.

Antiquities of the Middle East. The collection covers a period of time from prehistory to the beginning of the Islamic Period.

It covers an extensive geographical area from North Africa to the Indus Valley, from the Black Sea (Anatolia) to the Arabian Peninsula.

The collection has its origin in the excavations that took place during the 19th century.

An exhibition that has been structured chronologically. It is a very diverse set.

Islamic art, the department was created in 1893 and comprises more than 1,300 years of history and three continents, from Spain to Southeast Asia.

Baroness Delort de Gléon In 1912 a great contribution with the donation of objects from her husband’s collection. Until World War I there were also other important donations that enriched the museum’s collection, to which we must add important acquisitions made by the museum itself.

After World War I the museum received two important donations from the Rothschild collection in 1922 and from the Koechlin marriage in 1932.

In 2009 the Louvre Museum received an important donation from the Pantanella-Signorini collection consisting of 100 works of art.

The collection covers from the seventh to the nineteenth centuries. It consists of objects in stone, ivory, metal, glass, ceramics, textiles and carpets, manuscripts and other elements.

Highlights the great creativity of the works and the repetition of the themes throughout the centuries.

In 2012 doubled the exhibition space

In 2012 the exhibition space doubled, which has allowed to show more than 3,000 pieces.

The Islamic art department has more than 14,000 objects and 3,500 pieces of decorative art. It reflects its historical and artistic importance.