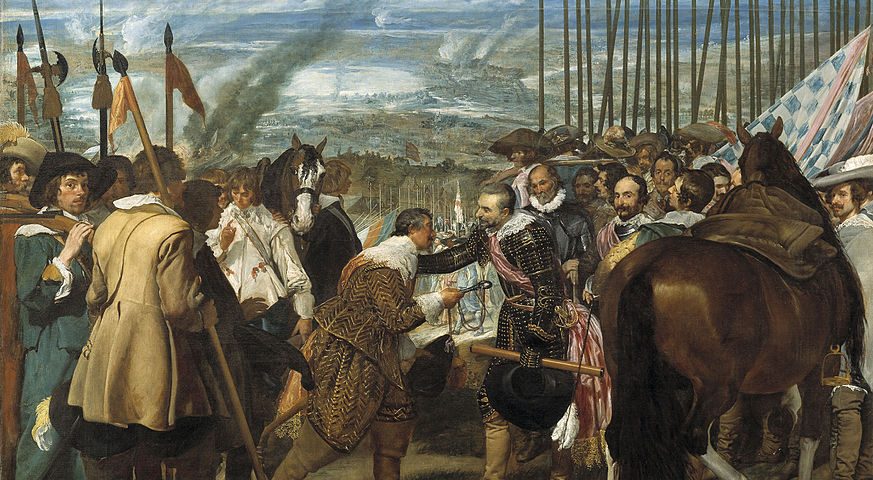 In this article Museo Nacional del Prado the collection I take a brief look at the most important works that constitute the Prado Museum.

The collection of the Museo Nacional del Prado has 35,000 objects in its heritage, as reflected in the inventory made in 2017.

Spanish painting consists of approximately 2,500, an essential collection in the history of the country’s art.

It is divided into four main sections:

But there are certain painters especially represented. This is the case of Velazquez, Goya, El Greco, Ribera or Murillo, to name a few of the most relevant.

The Prado Museum has a wide representation of Flemish painting and schools of the north of the fifteenth to seventeenth centuries with an important collection of painters such as Bosch, Van der Weyden or Brueghel and the German school of the sixteenth with paintings by artists as important as Dürer or Van Dyck.

Also noteworthy is the collection of Italian paintings from the 16th and 17th centuries represented by artists of the importance of Raphael, Titian and Caravaggio.

The 19th century painting collection is the largest in the museum

We must not forget the very extensive collection of 19th century paintings, the most numerous in the museum, with works by Vicente López, Goya, Madrazo and Sorolla.

As for the sculptural ensemble, it is made up of classical, Renaissance, Baroque and 18th, 19th and 20th century pieces. Of all of them, the most important group corresponds to the works from the royal collection.

As for the set of 3,500 pieces belonging to the decorative arts, it is made up of panels of hard pieces, medals, coins, furniture, Talavera ceramics, La Granja glass, flamenco upholstery and miniatures.

Of all the collection of decorative arts, the most outstanding is the so-called Treasure of the Dolphin, named after Louis, son of Louis XIV.

Louis never reigned and the Treasury was inherited by his son Philip V, the first King of Spain of the Bourbon dynasty, so the collection came to Spain.

The Treasure of the Dolphin has been located in new installations on the second floor of the Museo Nacional del Prado, a circular space in which a spectacular circular display case, forty meters long, has been built, as well as other smaller display cases.

A visit to this estancia is highly recommended, not only because of the value of the pieces, but also because of its museographic presentation.

I end this tour of the Prado Museum with the collection of drawings, prints and photographs. They mainly date from the 16th to the 19th century, ranging from the Baroque to the Enlightenment.

Goya’s drawings from the painter’s private albums are particularly noteworthy.

The reproduction prints had the mission of making known the works of the museum.

The graphoscope, a photograph of about 10 meters, which shows what it looked like in a museum at the end of the 19th century.

Tickets can be bought at this link from the museum itself.

Any cookies that may not be particularly necessary for the website to function and is used specifically to collect user personal data via analytics, ads, other embedded contents are termed as non-necessary cookies. It is mandatory to procure user consent prior to running these cookies on your website.